It is not often we get to see our wildlife really close up. Yes we often see birds, butterflies, maybe a fox, and if we are lucky a Kingfisher, but they are not just an arms length away. They are totally out of reach often needing a pair of bins to see them, but sometimes we get lucky. Circumstances conspire to  give us a surprise and allow us to come into contact really close up.

This happened to me, I think last August, when I was moored on the weir stream at the back of Sunbury lock. I had been moored up only a few hours when a row boat came along side. I said, “Don’t worry about the weir just keep going”. They said, “We are waiting for the heron to move, it might be in trouble”.

I saw something in the water so I took my net and went to investigate. I was fortunate that I could reach the heron from the bank. It was a juvenile and probably landed in the water thinking it was shallow. When I arrived I thought it was dead. Indeed it was lifeless when I took it from the water. I took it back to my boat and wrapped it in a towel, trying to dry it out and keep it warm. I laid it on the sliding hatch and we had an engagement for nearly an hour before it started to perk up.

I sat there watching that very pointy beak and decided to put my glasses on (just in case). Slowly it came round and as I suspected tried to take an eye out. Good thinking on my part. Long story short it came to life and I set it down on the ground where it proceeded to have a go at Molly’s nose. It stood near the boat and bit by bit moved away and eventually pissed off.

I had spent an hour in the presence of this beautiful, almost prehistoric creature. My life would be forever changed. 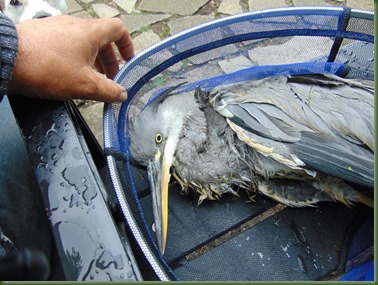 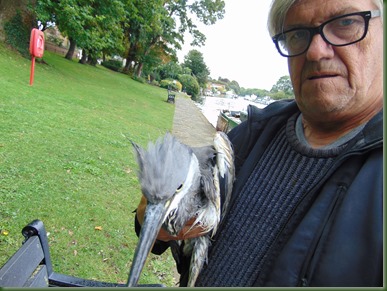 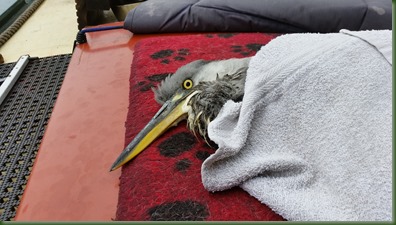 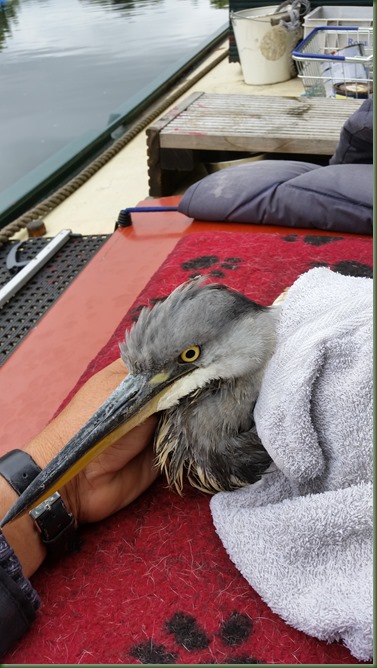 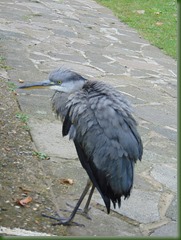 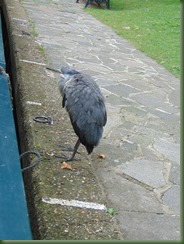