Some how I ended up with two appointments at the JR on the same day 5 minutes apart and at different ends of the hospital. Not to be peturbed I arrived early for the eye appointment and tried to get seen early. No way Jose. So it had to be postponed until after my physio appointment. Not to worry I got a lot of exercise walking to and fro in the hospital.

Scattered around the hospital are relics and pictures of the old hospital.

This was one of the 'pews' from the waiting room as far as I can make out. There are several down the corridor. 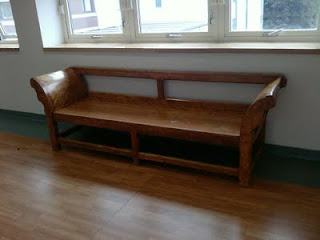 Compare that to the modern equivelant which is stood next to the old ones. 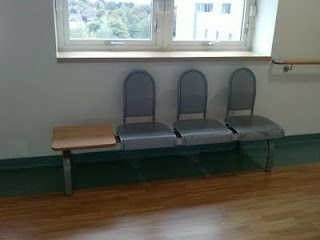 I was discharged from the eye hospital (until the next bang on the head) and the leg is doing well.