The Arabs are at it again

While I was in Riyadh I was robbed by the company I worked for. the company that took over is at it again. The treatment meted out to foreign workers in Saudi is unacceptable. Arabs cannot do certain jobs themselves and rely on foreign nationals to do the work for them. They lie, cheat, steal and do not see any reason why we the foreign worker should get upset. 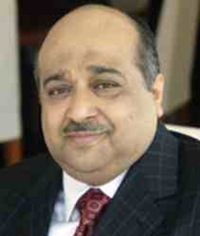 The residency permits for many foreign workers, who are from Arab and Asian countries, have expired, trapping them at the compound. Human Rights Watch in April 2010 revealed the plight of workers at the company's Dhahran residential compound, which houses US citizens who work on the nearby airbase. But neither the company nor Saudi authorities have remedied the situation. Jadawel International is owned by MBI Al Jaber, whose chairman is Sheikh Mohammed bin Issa Al Jaber, one of the world's richest people. "Saudi labour authorities need to make sure that companies can't get away with violating workers' rights," said Sarah Leah Whitson, Middle East director at Human Rights Watch. "These workers are trapped, and the authorities apparently aren't looking out for their interests."

Under Saudi Arabia's sponsorship, or kafala, system, migrant workers are tied to a Saudi sponsor, either a company or an individual, who must consent to transfer of sponsorship and to the granting of an exit visa in order to leave the country, issued by the Passports and Immigration Department of the Interior Ministry.

Many Arab employers are beyond the law simply because they have friends in high places. During my last year in Riyadh at least 6 of our staff died because they could not get medical treatment. The boss of my company DIFA was a royal. He and his partners are guilty of causing the death of members of staff from Pakistan and PI.

Our government must know about these abuses yet do nothing to help.