The Battle of Bosworth

Henry Tudor, Earl of Richmond wanted to be King of England.

Richard 111 the current king was happy having the big job in town, he had after all iced his 12 year old nephew to get the job and was miffed that a mere Tudor wanted what, he thought, rightfully belonged to the Plantagenent’s.

They had a rumble in the heartlands of England on 22 August 1485 The Battle of Bosworth. 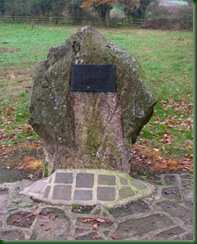 King Richard met his demise funnily enough at Richard’s Field. What a coincidence!

Richard was the last English monarch to be killed in battle. Not really a good career move!

Since then we have been ruled over by a broken line of inbreeds very few of whom were English. We had the Romans, the Danes, the French, by the time the Germans came to play we were used to being raped and pillaged  it not like the Scots and Germans were not going to make a lot of difference were they?

The Bosworth Visitor Centre has easy access from the canal. There is a 48 hour mooring  which will take 5/6 boats. Steps lead down into King Richard’s Field. Its a good walk down hill to Shenton Station rail line and uphill along the side of a field with talking boxes along the route. As you come up the hill you see the Royal standard flying above the King’s crown mounted on a sundial. 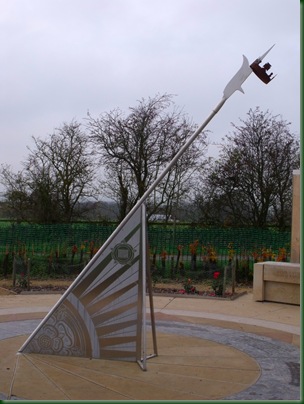 There is lots to see and do. Including helping to workout the power consumption of the christmas lights in the Olde Gifte Shoppe to answer an FOI request. 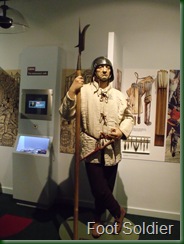 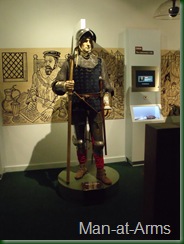 There are lots of buttons to press to hear the story from different peoples point of view. Children are catered for in the secret questions all around. There is even a long bow rigged up to a meter for us to test our pull and expected distance. I managed 220 meters which is over 240 yards 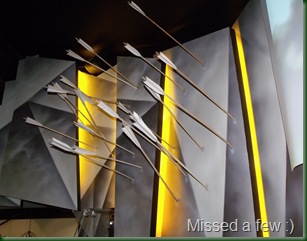 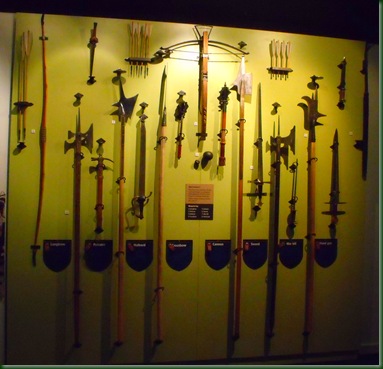 There is a fine display of weaponry, but I think very little original stuff.

And for Bones, bones. 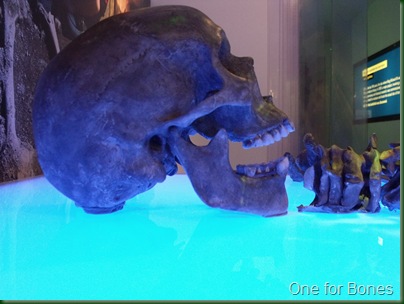