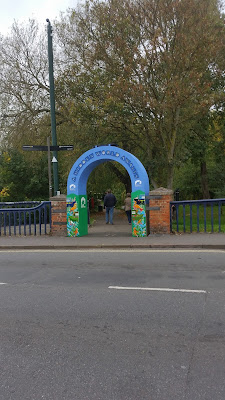 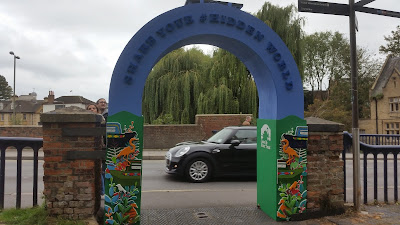 Happenings on The Oxford Canal

Last month I headed in to Oxford. I arrived at Hythe Bridge late Friday from Isis Lock the depth of the canal is variable but most of the way I was churning up silt. This is the norm here but I only have a 2 foot draught. The good thing about mooring at Hythe Bridge is the water on the mooring is so shallow if you should be unfortunate enough to sink you will barely get your feet wet. There are many things CRT could be doing on the Oxford dredging being one of them. What they don’t need to be doing is spending good money on inviting people, who’s financial input to the system is minimal, to come and visit the 'hidden treasures' of canal, especially not the bit right in the middle of the city.

At four on Friday workmen arrived. Apparently, so I heard latter, they were supposed to arrive at 11. They set up shop on the foot path to finish a structure that was supposed to invite 'civilians' to explore the towpath/canal. The structure was part built in a workshop somewhere and final assembly/erection was done on site, on the public path. So what did they build? A 10 foot high wooden arch. Oh it was a nice arch if you stood back a bit, but not the best arch. A proscenium arch of box construction with overlays of layered ply and illuminated lettering across the top section powered by solar panels.

Yes it is very nice but there were/are problems. The biggest problem I saw during construction. Nowhere did I see any signs denoting that this was a construction site. Nothing to warn that some fairly dangerous work was going on. Much of the 'finishing work was being done with a nail gun and workers were climbing step ladders around the structure which as I said was on the pathway. Some finishing painting was also being done. I spoke to the foreman about the lack of H&S warnings signs and he told me that CRT had authorised their risk assessment. Now I spent my last couple of years in the RAF as an H&S assessor, I don’t know who authorised this work, but personally, I would fire him.

The Hidden Treasures that people were being invited to visit can look very nice, but currently it is overgrown and untidy. So really nothing exciting to see. The arch entices people to 'explore' and when they get there it is just another dirty old muddy ditch edged with a number of boats some of which float only by the grace of God and haven’t seen a paintbrush or soapy water for a good many years. On the Saturday I saw many people come through the arch on to the towpath and most of them barely walked 50 yards. As you get to the overspill at the end it stinks like a sewer. Come on CRT all the flash signs in the world are wasted if the 'prize’ stinks like the last visit to the dunny!

Added to this, the towpath between the end of the canal and Isis lock is to all intents and purposes a no cycling path. A sign at each end politely asks people to 'dismount past the residential boats'. There have been a number of pedestrians hit on this path by cyclists, me included, which is the reason for the signs, but even the 'residents' ignore the signs claiming that CRT cannot enforce the signs. I contacted CRT last year and asked about the validity of the signs and they said they were valid, but they couldn’t police it. What is needed is proper NO CYCLING signs (red bordered discs white background diagonal red stripe through a cycle graphic). I offered to pay for them, but have, so far, not received a reply or a bill. I am sure the cost of proper signs would have been less than the bespoke signs CRT put up.

So back to the arch how much do you think this arch cost? Well I guessed at £5,000 but the foreman said "One less". So thats £4,000! It will only be on site for one month and then moved to somewhere else (at what cost?) And how many gateways are there that are the same width as the Hythe Bridge Gateway?

This is destined to be yet another waste of money like the £23,000 spent on bunting and balloons for the Grand Opening in 2011! If you are going to advertise the Treasures of the canal you need to send in the Landscapers first, Oh no! That will be another £4,000! I despair!!!!!! 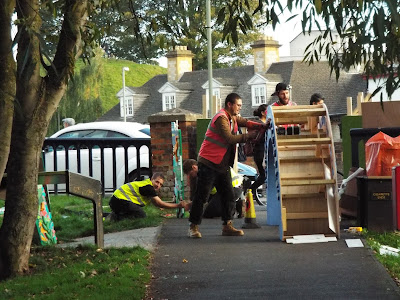 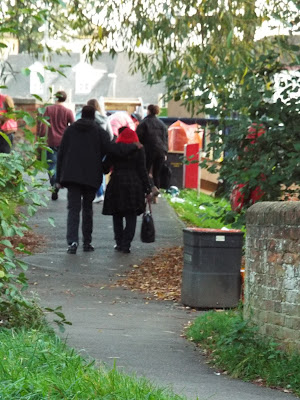 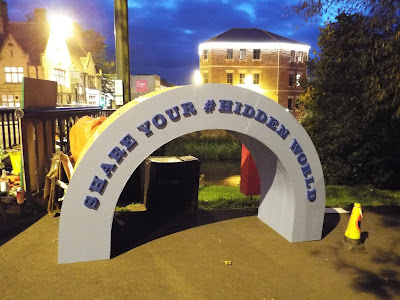 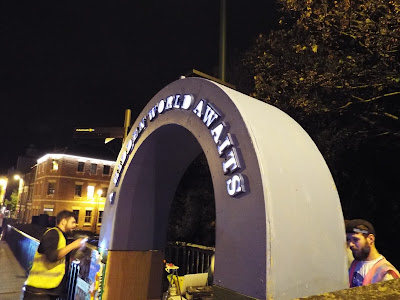 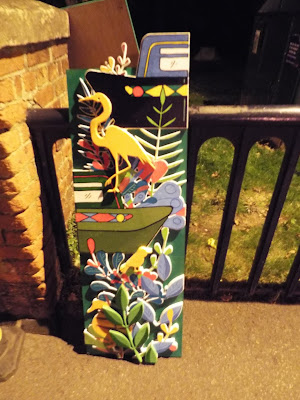 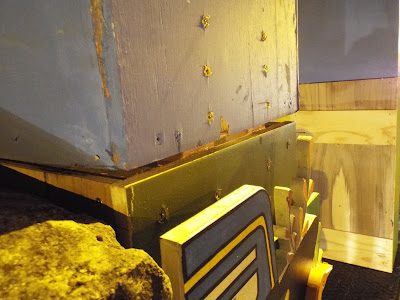 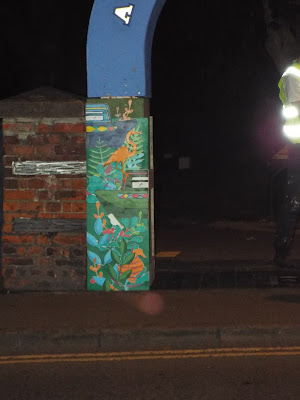