I have spent a lot of my time in the last eight years collecting other peoples crap from the canals. the stuff I pick up varies from general litter to the disgusting.

There will always be sweet wrappers and dogends, but when you are in the middle of nowhere and you come across a 6x4 dining table leaning up against a tree, obviously left by a boater, you have to wonder why? Especially when you know there is a disposal point a few miles along the canal. It irks me.

I have in my time collected 8 full cassettes. (the disgusting). It irks me.

I once collected a full minifridge of of rotting food from an an island downstream of Sonning on the Thames. Not a mile or so from the disposal point at Shiplake Lock (equally as disgusting). It irks me.

It is somewhat annoying when, at  pretty spot on the canal, you find a bag for life with empty paint tins in it, unusual colours. What is more annoying is when you pass a boat with a same bag on the front deck and the boat has been recently painted with the colours you found before. How stupid some people are! It irks me.

Now I could name and shame, I have a boat name and I have a person name, but there are people out there who do not understand their place in the world. Who don’t understand I would put this information up to just embarrass the perpetrator. It would not be a signal to attack the said boat/person, much less condone such attacks. So now you will never know who it was and that irks me.

Guess what I did this summer?

Well the summer is over and the Maffster has been busy.

I have a new painted roof, 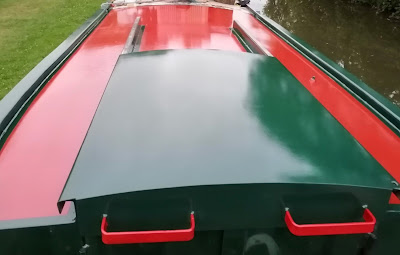 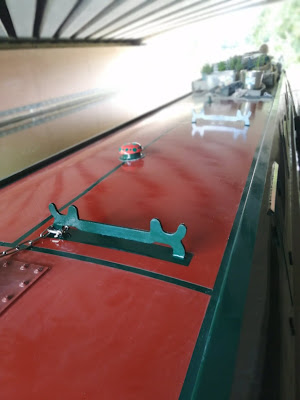 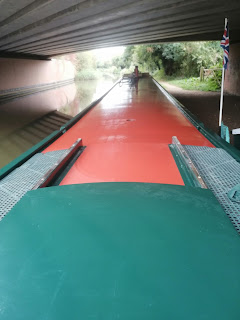 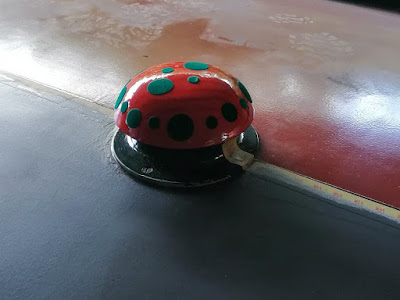 I have newly painted side door inside with new art work bought in France. 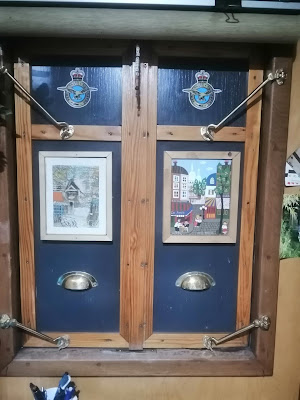 My side panels have been attended to and are now looking very smart. I never did like the curves in the corners of the panels mainly because they were hand done. Now they are sporting a smart angular go faster stripe including shadow, 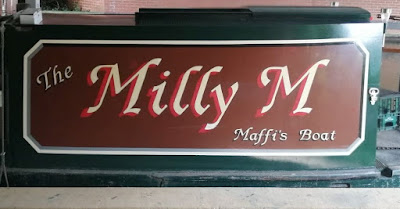 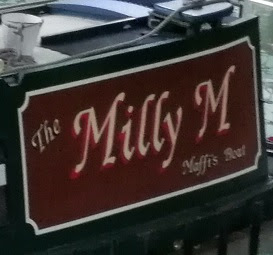 not to forget a smart new antique brass door handle on the back slide.

Talking ‘new’ I found this in a charity shop, the teapot not Susan. 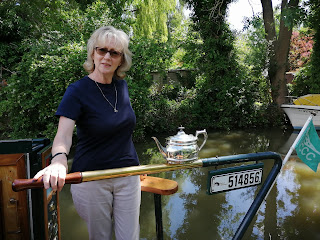 This blog has taken some time to put together mainly because a very good writing tool has been discontinued by Microsoft. but also because the Blogger editor is crap, it was crap when it started 15 or more years ago and it has managed to live up to that standard!

Well there I was I wrote a post. Sue NPXL assured me that Open Live Writer has now fixed its problems and indeed she while I was with her on NPXL she did a test post, it worked. So I downloaded the new version of OLW and typed away. When I was happy with my missive I pressed 'Publish' the publish window appeared briefly then was lost. I checked with the blog and my post was nowhere to be seen. I tried several times and Nada Zip Zero Nowt!


If anyone knows what I need to do for the god of Blogger to make this right please be my guest.


I know what you are thinking, but I am writing this in Blogger not OLW.
From Maffi at 17:47 2 comments: