America's President Donald Trump has said all through his presidency the MSM was fake news. And every body says it just because MSM are anti Trump. FaceBook have been a supporter of fake news and currently are going all out to support Pedo Biden with lies. At the Senate hearing on election fraud Nevada had 130,000 illegal votes including 15,000 dead people and yet FaceBook are still pedaling the lie "There is no Fraud" 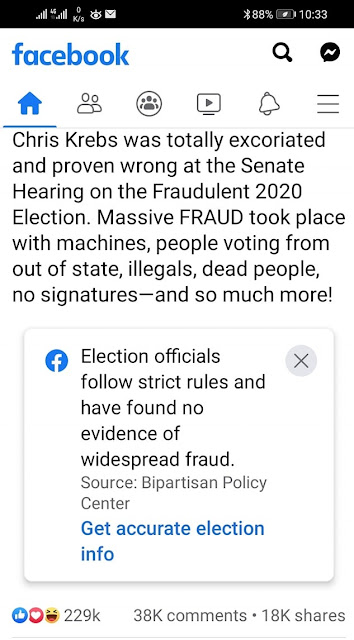 "ERIC" is a computer system that allows states to check if people are registered in other states, among other things. Only 30 states are signed up to ERIC and not all of them actually use it. ERIC has declared that in those states that did use it 91,000 dead people voted and yet FaceBook say the is no fraud!
Now the way I understand it is on December 14 the Electoral College weaves their magic and comes up with the 'final' result. This is set in stone  because usually by December 14 the losing party has conceded. However, that is not the case this time Trump is still litigating against states so the EC Magic is sealed. On January 6 the 'envelope' is opened. If Trump is still contesting the election it will be placed before the Senate & the House of Representatives. They will determine the next President of America.
So you see it ain't over till its over.
I am surprised most Americans don't know this is how their system works.

Life has away of making surprises. Last Saturday I received a small package from Roy on NB KATO. I don't think I have met Roy before but he thought of me after reading my post "RUBBISH". Several years ago at Peterbourgh waste disposal Roy found a CD made by Gary From Ledgard Bridge Boats (LBB). 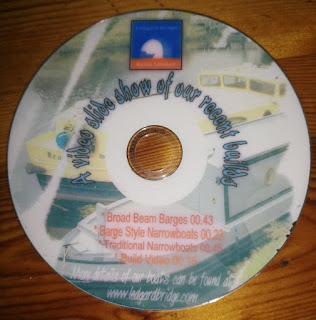 Roy thought I might like it, and I do. The CD contains 4 sets of slides of boat construction carried out by LBB. Wide beams, dutch barge style narrowboats, a Narrowboat build and Narrowboats we have built, The last section includes the Build of a 58 ft Narrowboat. This is my boat The Milly M. Those of you that have been with me since the beginning will know there were webcams in the workshop during the build so I saw this from the beginning. I haven't seen it since then. It was good to see this again after 14 years. If I can extract the build file from the CD I will post it here.
Thank you Roy most appreciated!
From Maffi at 00:53 No comments:

I am so glad we have between us raised just over £71 plus the 40 quid I donate for losing my wallet. I will forward this to Trevi House. Hopefully this will enhance the Christmas.