It seems heroes are 10 a penny.

Anyone know who this is? 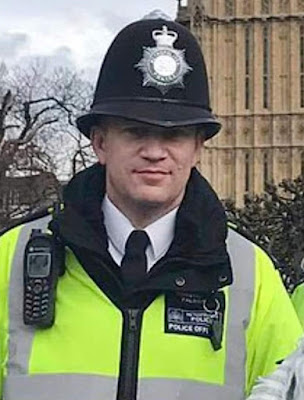 It's strange how the British media haven't given him a mention. If you're interested...he is PC Keith Palmer. He was murdered on 22 March 2017, by a Muslim extremist. I find it strange that a guy who put his body on the line to save not only his colleagues, but innocent tourists who were nearby, hasn't even had one mention on mainstream news. RIP PC Palmer 😪 Copied from Avril Evans
From Maffi at 22:13

Not quite right Maffi, there's a lot of Media coverage... here's just one example https://bit.ly/3bUBT1l